You are here > News > Elm as a future urban tree: is it possible?

Elm as a future urban tree: is it possible?

Elm as a future urban tree: is it possible?

The high tolerance of many elms to challenging urban conditions, combined with their ease of establishment, meant that they were widely appreciated across Europe and North America until their near-complete demise as a result of Dutch elm disease (DED). Today, as we seek long-term sustainable tree species for our towns and cities, there is a great desire to make the elm part of our urban treescape once again.

In Europe and North America, the elm (Ulmus spp.) was historically one of the most common urban trees until the end of the 20th century. Parts of Amsterdam in the Netherlands had over 70% elm along their streets and in their parks. Cities such as Malmö in Sweden were also proud of their majestic elms. It seems that in the eyes of some policy makers there was no reason to break a winning concept: all other trees were worse in comparison; it had to be elm on elm. However, these cities experienced the catastrophic effects of over-reliance on one type of plant material as the DED epidemic struck. Such widespread mortality of such a profoundly dominant tree was a bitter blow to many towns and cities. The effects of these losses can still be observed today.

Therefore, proposing elm once again as a city tree may seem unthinkable, but thanks to the hard work of tree breeders, it is now a realistic prospect. We know that many Asian species of elm are resistant to the serious type of DED, which has led them to be used in extensive hybridization work to produce DED-resistant trees. Many of these selected cultivars are of North American origin, including two that we have a substantial experience of now: the so-called Resista® elms, ‘New Horizon’ and ‘Rebona’. In order to succeed with them, however, you must know their background, so that you can more easily understand their capacity for growing in urban environments, as well as the care they may require.

Both cultivars are American hybrids from the University of Wisconsin and both have the Siberian elm (Ulmus pumila) and Japanese elm (Ulmus davidiana var. japonica) as their parents. It’s important to note that the characteristics of Siberian elm are such that its genes might be considered something of a mixed blessing.

In fact, some of what is said about the Siberian elm would not be polite to put into print. Suffice to say that some consider its weed-like growth, which results in an untamed, wild crown perched atop a stick, makes it one of the worse trees you can grow. However, the advantage of the species is its outstanding tolerance for hot and dry conditions, attributes that have served it well in its native regions around the edges of the Gobi Desert in northern China. So, having Siberian elm as a parent in these cultivars means that you get trees that are tolerant to the most challenging of urban environments and that quickly establish and grow fast. On the other hand, you also get trees with a rather messy crown structure, which is particularly difficult to manage at a young age when branching can be very dense and irregular. This means that it is wise to buy larger plant material (trunk size at least 25–30cm circumference at 1m) where the nursery has already done the difficult and extensive work of building an even and attractive crown structure. 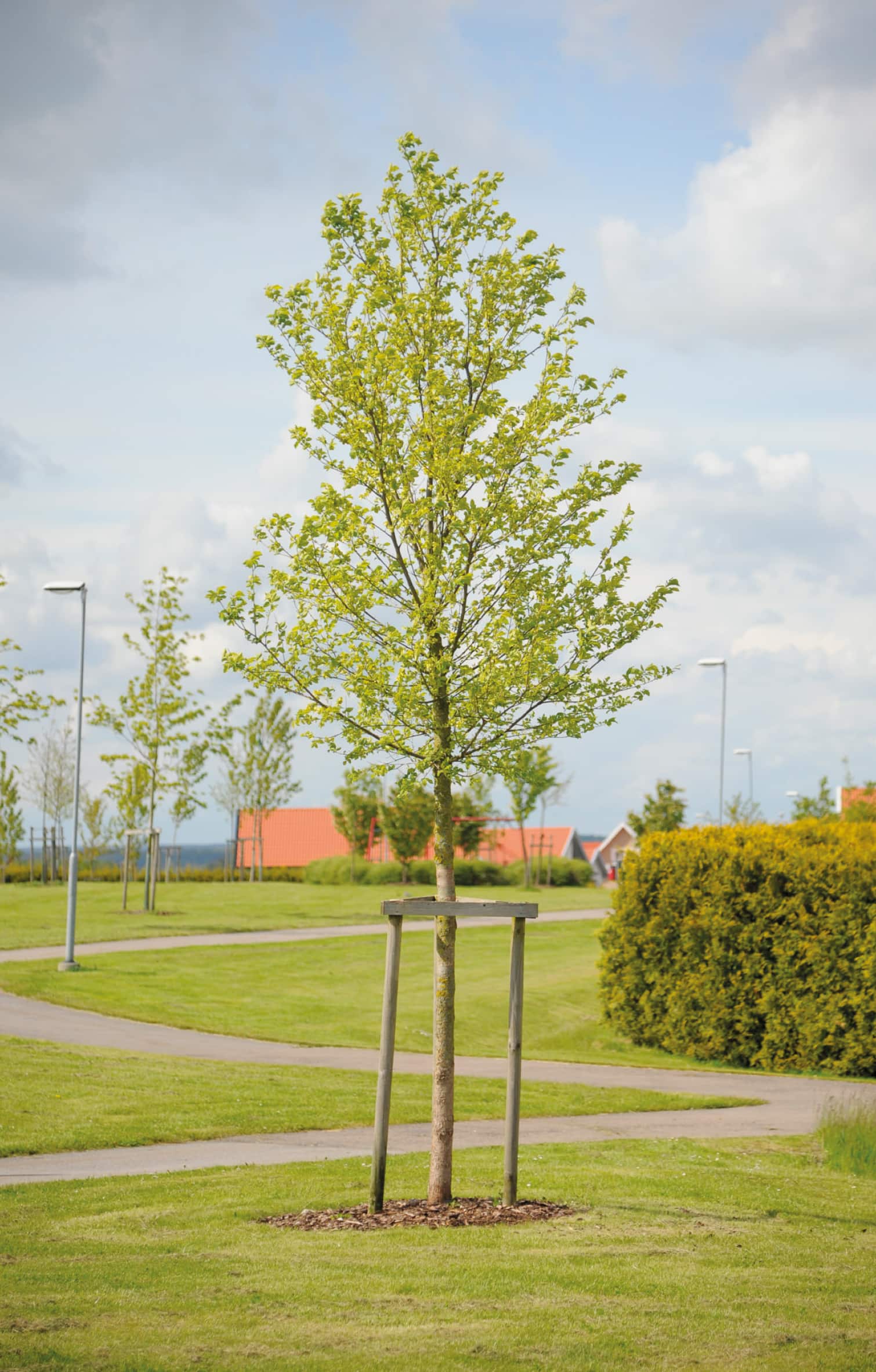 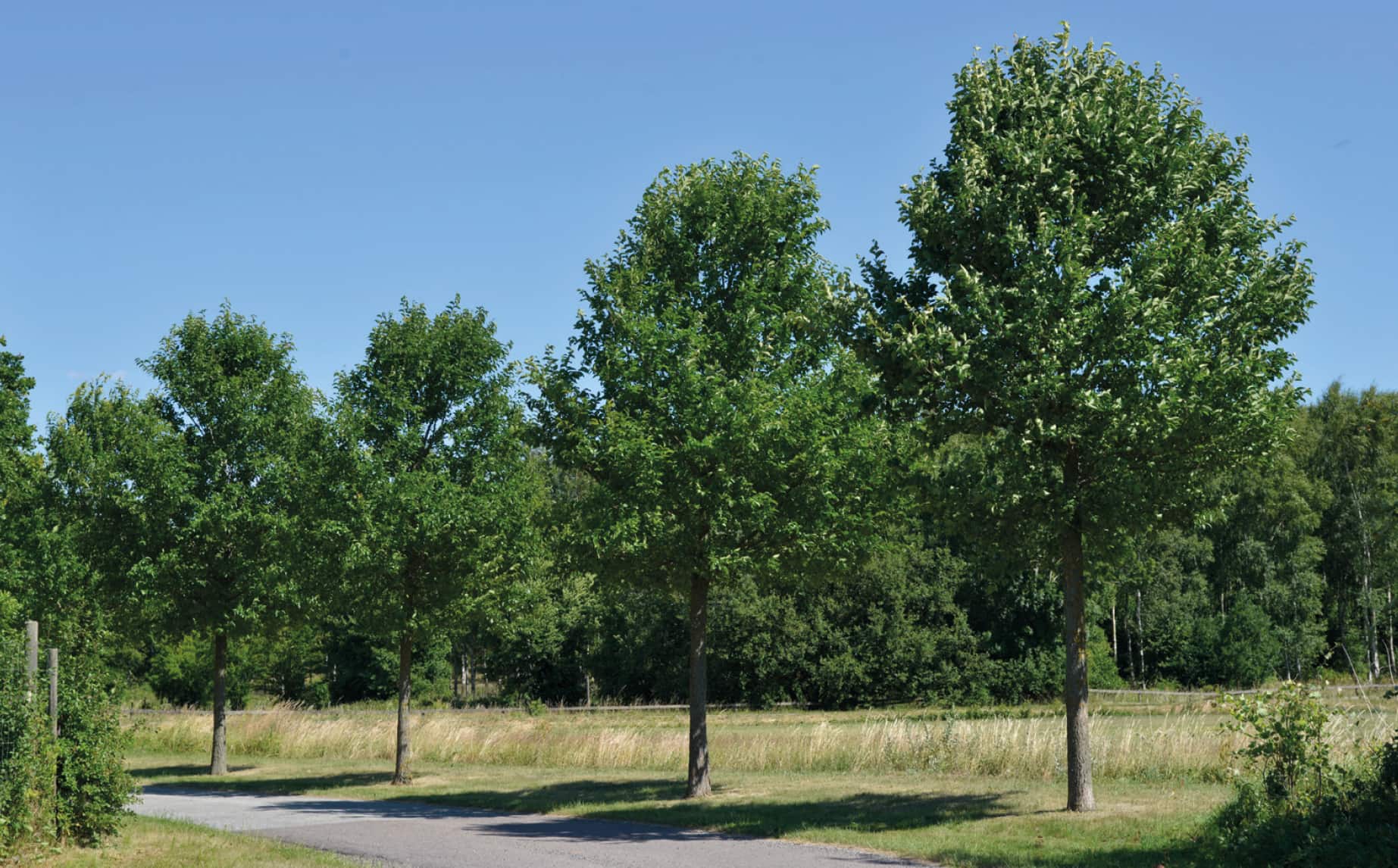 Early-mature trees of the cultivar develop with an oval crown, 10–12m high and 4m wide, but over time they can become significantly wider, usually with a continuous single trunk and a dense but fairly evenly distributed branch structure. The dimensions of the mature tree are listed by German nurseries as 25m × 10m. The cultivar enjoys heat and is a really good inner-city tree; its wind resistance also makes it a good tree for planting adjacent to highways. The autumn colour is not spectacular though. The variety has been around for 25 years in European cultivation and in the USA for another 10–15 years and is considered completely resistant to DED.

This cultivar is similar to ‘New Horizon’ but has a stronger tendency to develop a consistent single trunk with a more even crown density. The leaves are also slightly larger in ‘Rebona’ compared to ‘New Horizon’. Trees of the cultivar are very fast growing and initially develop a narrow pyramidal growth pattern, 10–15m high and about 4m wide, while older trees become significantly wider. Here, too, German data describe final sizes of 25m × 10m. ‘Rebona’ is also heat tolerant, wind resistant and it has proven to be resistant to flooding. The cultivar is somewhat newer and thus has not been tested as long as ‘New Horizon’, but it has shown remarkable tolerance for inner-city environments. 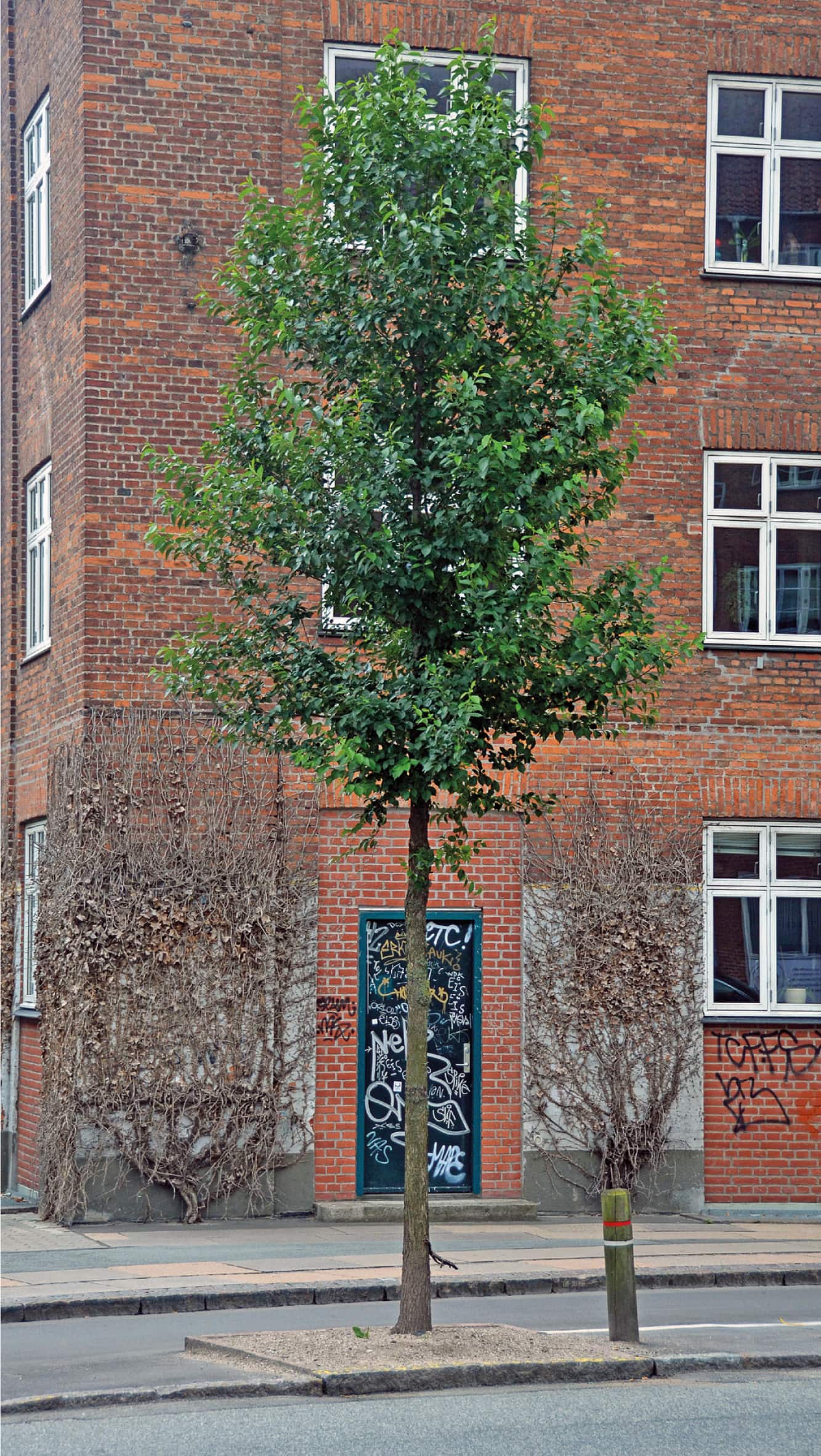 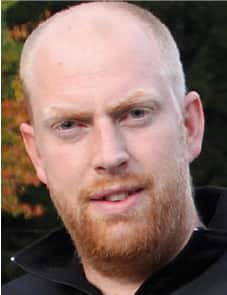 Dr Henrik Sjöman is a Lecturer at the Swedish University of Agriculture Sciences and a Scientific Curator at Gothenburg Botanic Garden. 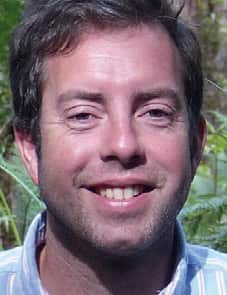 Dr Andrew Hirons is a Senior Lecturer in Arboriculture and Urban Forestry at University Centre Myerscough.

This article was taken form Issue 191 Winter 2020 of the ARB Magazine, which is available to view free to Arboricultural Association members by simply logging in to the website and viewing your profile area.