You are here > News > Planting trees to save a city

Planting trees to save a city

Planting trees to save a city

by John Parker and Paulus Mandibondibo

Project to protect Jayapura, Papua, from flooding and landslides

The Green Cities for Papua project was established in 2018 by Paulus Mandibondibo from Ottow Geissler University and John Parker of the Arboricultural Association. The purpose of the project is to use urban forestry solutions to deliver social, environmental and economic benefits to the people of Jayapura, the capital city of Papua, working with a wide range of stakeholders. 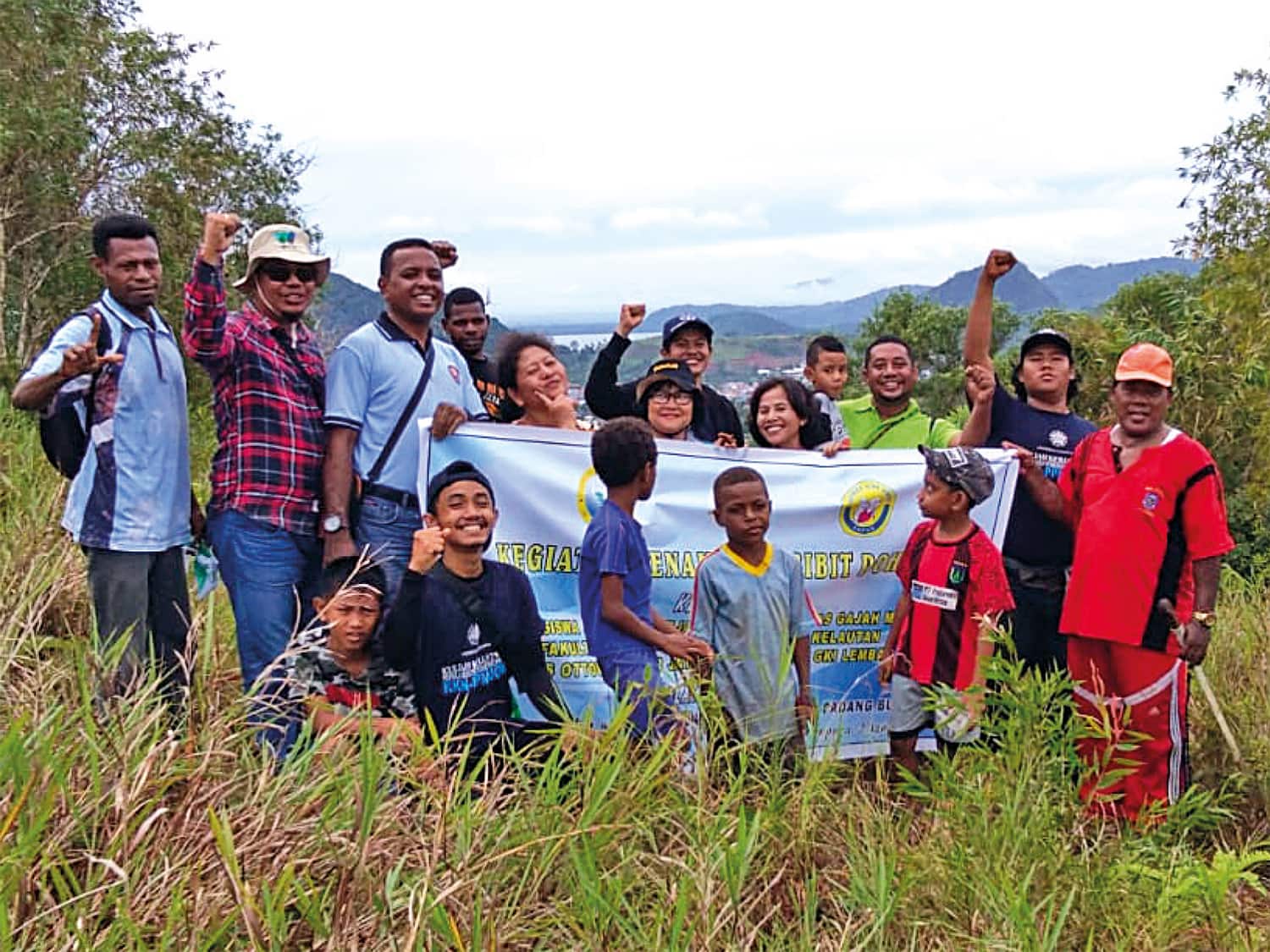 Paulus Mandibondibo planting trees with the Organda community. Previous Next

Papua occupies the western half of the island of New Guinea, sharing a border with Papua New Guinea. It is the easternmost province of Indonesia.

One of the activities oragnised by Green Cities for Papua (GCFP) is involvement with tree planting in Organda, which is located in the Abepura District of Jayapura. With the population of Jayapura ever increasing, more people are seeking to build houses on agricultural land or in water catchment areas. As a result of this changing land use, local people are experiencing the effects of increased flooding and landslides. In August 2019 GCFP worked with students from Gadjah Mada University, Ottow Geisler University and the Community Church of Organda to plant trees, with the intention of mitigating some of the problems.

In total more than 1,000 new trees were planted by the participating organisations, including native species such as Gnetum gnemon (genemo), Pometia pinnata (matoa), Alstonia scholaris (kayu susu) and Melaleuca leucadendra (kayu putih). The trees will now be monitored to make sure they establish successfully; this work will be done by the local community with support from GCFP. Similar planting projects are now being proposed for other parts of Jayapura in order to combat the problems of flooding and landslides.

Political support for this tree planting initiative, and for the GCFP project overall, was obtained in 2018 through meetings between the GCFP team and the government of Jayapura city. Paulus and John were offered the opportunity to present the project to the Mayor of Jayapura, Dr Benhur Tomi Mano, who agreed with the importance of increasing the quality and quantity of green space. Enthusiastic support for GCFP was also offered by the local government of Biak (a small island to the north of New Guinea), where improved urban forestry management is seen as one way to develop Biak as a destination for ecotourism.

Local and regional community involvement is very important to this project. In Biak there is still a strong connection between people and nature, and GCFP hopes to combine this traditional knowledge with modern research to deliver a range of benefits to the community. There is also a lot to learn from other cities in Indonesia. In Makassar (South Sulawesi) and Jakarta (Java) trees in cities are seen as essential priorities in the urban environment. In Bandung (West Java) tree planting around shopping centres and public buildings is considered to be a good way of improving the look and feel of the city in order to attract tourists from other parts of Indonesia and the rest of the world.

Despite these positive examples, the Papuan and Indonesian governments are largely prioritising built infrastructure over environmental issues, with urban forestry and green space coming some way down the list of considerations when designing expanding cities or public places. It is hoped that by working with local stakeholders and continuing to promote the importance and value of urban trees, GCFP will be able to change this situation and make a real difference to the lives of Papuan people.

An important milestone for the project was the World Forum on Urban Forestry in Mantova, Italy, in December 2018. Paulus and John delivered a joint presentation about the project to a theatre packed with international delegates and were able to share ideas with experts in arboriculture and urban forestry from around the world. From Italy, Paulus travelled to London where he was invited to speak about GCFP at a London Tree Officers Association quarterly seminar and received considerable interest and support. By attending these international events, we have been able to spread the word that Papua is a beautiful country with some big ideas for improving the way in which green spaces and the urban forest are managed.